On Tuesday, a five-judge bench of the Supreme Court, headed by Justice KM Joseph, agreed on this Simplifying the process of passive euthanasia in the country The 2018 judgment in Common Cause v. Union of India and others changed the existing guidelines for ‘Living Wills’, which allowed passive euthanasia. What is the legal history of this case and the issues involved?

First, what is euthanasia, and what is a living will?

Euthanasia refers to the practice of intentionally ending one’s life by a person, often with an incurable condition, or to relieve intolerable pain and suffering. Euthanasia, which can only be administered by a physician, can be ‘active’ or ‘passive’.

Active euthanasia involves an active intervention to end a person’s life with a substance or external force, such as administering a lethal injection. Passive euthanasia refers to the withdrawal of life support or treatment that is necessary to keep a critically ill person alive.

Passive euthanasia was legalized in India by the Supreme Court in 2018, provided the person has a ‘living will’ or a written document that specifies what to do if the person is unable to make their own medical decisions in the future. should be done.

If a person does not have a living will, his family members can file a petition before the High Court for permission for passive euthanasia.

The Supreme Court allowed passive euthanasia, recognizing the living will of terminally ill patients who could go into a permanent vegetative state, and issued guidelines regulating the process.

A five-judge constitution bench headed by the then Chief Justice of India (CJI) Dipak Misra said the guidelines will remain in force until Parliament passes a law on it. However, this has not happened, and the absence of legislation on the subject has made the 2018 judgment the final conclusive set of directives on euthanasia.

Guidelines relating to questions such as who will execute the living will, and the procedure by which approval by a medical board may be granted. “We declare that an adult human being of mental capacity to make an informed decision has the right to refuse medical treatment, including withdrawal from life-support equipment,” the court said in the 2018 judgement.

And what was the situation before 2018?

In 1994, in a case challenging the constitutional validity of Section 309 of the IPC – which provides for imprisonment of up to one year for attempt to commit suicide – the Supreme Court held the section to be a “cruel and irrational provision” should be removed. To “humanise our penal laws” from the statute book. The court said that the act of suicide “cannot be said to be against religion, morality or public policy and the attempt to commit suicide does not have any ill effects on the society”. (P Rathinam v. Union of India)

However, two years later, a five-judge bench of the court overturned the P Rathinam verdict, holding that the right to life under Article 21 did not include the right to die, and only law could permit euthanasia. (Smt. Gyan Kaur v. State of Punjab, 1996)

In 2011, the SC allows passive euthanasia for Aruna Shanbaug, a nurse who was sexually assaulted in Mumbai in 1973, and was in a coma since then. The court distinguished between ‘active’ and ‘passive’ and allowed the latter in “certain situations”. (Aruna Ramchandra Shanbaug Vs. Union of India & Ors.)

Earlier, in 2006, the Law Commission of India, in its 196th report titled ‘Medical Treatment to Limbically Ill Patients (Protection of Patients and Medical Practitioners)’, stated that “a doctor who withholds or withdraws medical treatment of a competent patient Follows instructions to take. Treatment does not violate professional duty and failure to provide treatment would not be an offence. It also recognized the decision of the patient not to receive medical treatment, and said that it was not under Section 309 of the IPC There is no attempt to commit suicide under.

Then, in 2008, the Law Commission’s ‘241st Report on Passive Euthanasia: A Relook’ proposed legislation on ‘passive euthanasia’, and also prepared a draft bill.

What changes after the SC order this week?

The petition was filed by a non-profit which said the 2018 guidelines on living will were “impractical”. While the detailed judgment is yet to be issued, the court recorded part of its order in open court.

As per the 2018 guidelines, a living will needs to be executed by an executor (the person seeking euthanasia) in the presence of two attested witnesses, preferably independent, and countersigned by a Judicial Magistrate of the First Class (JMFC).

In addition, the treating physician was required to constitute a board of three expert physicians from specific but diverse fields of medicine, with at least 20 years’ experience, to decide whether or not to execute a living will. If the Medical Board permitted, the will was to be sent to the District Collector for his approval.

The Collector was then to constitute another medical board of three specialist doctors including the Chief District Medical Officer. Only if this second board agrees with the hospital board’s findings, the decision will be forwarded to the JMFC, which will then visit the patient and examine whether to grant approval.

Instead of forming two medical boards, the hospital and the collector, now both the boards will form the hospital. For doctors, the experience requirement of 20 years has been reduced to five years. The requirement of Magistrate’s approval has been replaced by an intimation to the Magistrate. The medical board must convey its decision within 48 hours; No time limit was specified in the earlier guidelines.

The 2018 guidelines required the signature of two witnesses and a magistrate; Now a notary or a gazetted officer can sign the living will in the presence of two witnesses instead of countersigning the magistrate. If the medical board constituted by the hospital refuses to give permission, it will now be open for the kin to approach the High Court, which will constitute a fresh medical team.

Netherlands, Luxembourg, Belgium Allow both euthanasia and assisted suicide for anyone experiencing “intolerable suffering” with no prospect of improvement.
Switzerland Prohibits euthanasia but allows assisted dying in the presence of a doctor or therapist.
Canada announced to allow euthanasia and assisted dying for mentally ill patients till March 2023; However, the decision has been widely criticized, and the move may be delayed.
United States of america Different states have different laws. Euthanasia is allowed in some states, such as Washington, Oregon, and Montana.
United Kingdom Considers it illegal and equal to murder. 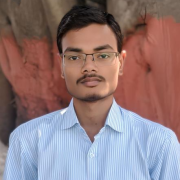 What is ‘Humpty Dumpty Portfolio’?

What is artificial skin ?

What is a ‘mass shooting’?

What is green comet? Celestial object to be visible from Earth for the first time in 50,000 years

What Is Trypophobia, And What Does It Have To Do With The Doja Cats Dress

How to Practice Gratitude in Your Life